‘I’m not afraid of the soldiers’. Documentary for children about the Palestinian Yazan, who campaigns against the Wall in a unique way. Mensjesrechten, IKON. January 2016. Researcher and director, 20 min.

‘The Rabbit Theory’. A documentary which follows the young and talented athlete Akwasi Frimpong from Ghana during a five year period. He dreams of going to the Olympics to represent the Netherlands.
Producer: Interakt. Direction, research, editing. 52 min. Première Dutch Film Festival, Utrecht, broadcast Rtv-NH, December 2010.

‘Password: Women‘. A film about the importance of modern communication techniques (ICT) for the position of women worldwide with background stories from Uganda, Costa Rica and Macedonia.
The Kasander Film Company. Direction, screenplay and research. 48 min, June 2004.

‘Di Securo pa claridade’ (from the darkness into the light). Film about changing social and economic relations in the west of Guinea Bissau. The old and young generation strongly differ in their opinions.
Direction and screenplay. Client: SNV Dutch Development Organisation, 46 min, May 1996.

‘The triumph of a skating mother’. How a 31-year-old mother of three reached the top level of international skating. The story of Atje Keulen-Deelstra. Andere Tijden Sport, VPRO-NOS, 30 min. January 2016. Direction

‘The Legacy’. A series about people who dispose of by will their inheritance to charity.
Episode about filmmaker Marga Kerklaan. Omroep Max, 25 min. Camjo/direction.

‘So father, so son’. A series in six parts painting an image of Jewish life in the Netherlands.
In each part, a Jewish family occupies the centre stage and the different generations discuss what they passed on, consciously or unconsciously, to each other.
Direction and screenplay. Skyhigh TV/Jewish broadcasting company, February – October 2012.

‘10Xbetter’. Information programme with in this series special attention to healthy food.
Direction and research of various items. NTR, January 2012.

‘Pavlov’. Series in which Dutch celebrities look into the background of their talent, character or illness making use of scientific tests. One of the programmes concerns Tim Knol and Tygo Gernarnt.
Research. NTR, June – November 2011.

‘Special 4 – 5 May SchoolTV Weekly newscast’.
Freedom on the street is the central theme of this programme.
Co-production and direction. NTR, 30 min, April 2011.

‘Throughout North Holland in 360 degrees‘. Series in 13 parts about innovation and durability in the province North Holland, presented by Evren Smukyan and Alida Dors.
Reseach. Rtv-NH, November – April 2009.

‘The Catholic Church in China‘. The story of father Harry Hermans who was imprisoned after the assumption of power by Mao for three years and was brainwashed.
Direction and research. Kruispunt KRO, 23 min, July 2008.

‘Netherlands-Suriname, 40 years on’).
Co-curator of exhibition at the National Museum of Ethnology, Leiden. Compilation and editing of 14 short films for exhibition. August – October 2015.

‘Stop enforced evictions in Romania’.
Direction. Spot for Amnesty, May 2011.

‘Ftah Al-Bab’ (Open the door).
Three portraits (20’) of Moroccans and psychiatric problems. The aim of the films is to make psychiatric illness like psychosis and schizophrenia a subject of discussion within the Moroccan community.
Direction, screenplay, production and editing. Client: Steunpunt GGZ Utrecht, March – December 2010.

‘Forced Evictions‘. A film about the Roma in Italy. Since October 2007, the anti-Roma sentiments increased considerably in Italy. Many Roma encampments were broken up. What does the future look like?
Direction and research. Client: Amnesty International, 20 min, December 2008. 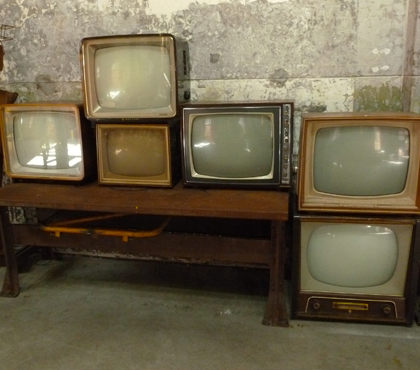 Akwasi Frimpong, the main character of the documentary 'The Rabbit Theory' will finally realize his Olympic Dream. As the first male West-African skeleton athlete he will represent Ghana at the Olympic Wintergames in Pyeongchang. Never met anyone with so much perseverance and such a wonderfull smile! I wish him all the luck of the world.
Other news: the episode I made for 'Andere Tijden Sport' about the Dutch female tennis player Betty Stove will be the openingsfilm of the Rotterdam Sport Film Festival in april. In the film other top tennis players of her time like Billie Jean King and Martina Navratilova. The youth documentary 'I am not afraid of the soldiers' got the prize for best documentary at the ShortToThePoint Filmfestival in Romania.